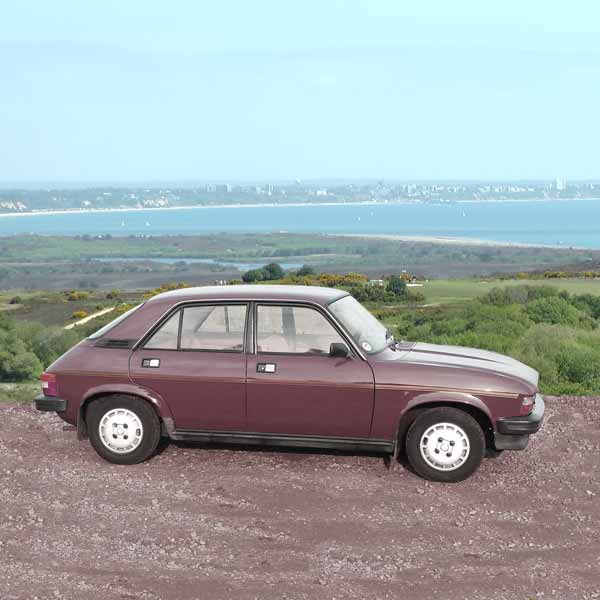 The Austin Allegro very quickly gained the nickname 'All Agro' and this was well earned. If any car did it's duty in destroying the reputation of British Leyland this one did.

Badly designed and even more badly built, it was the sort of product you would expect to come from a Britain that was mired in a three-day week, constant industrial disputes, power cuts, out of control inflation and general discontent. British Leyland faced all of these problems and more.

When it was launched in 1973 the company had high hopes for it becoming a world beater. After all it's predecessor, the 1100/1300, had been very popular. The Allegro was also a front wheel drive car; and it came in either four-door or coupe form, with a wide choice of engines. The design staff at British Leyland claimed that it was a beautiful looking car. So far so good.

The truth was that it looked like a cross between a standard saloon and a hatchback, with all the disadvantages of each, but none of the advantages. There was no tailgate even though it would have been a logical thing to fit, looking at the shape of the car. Why? because the Austin Maxi had a tailgate and this was it's sole unique selling point! Instead of this a conventional boot was fitted in the Allegro which cut down the interior space. As though the back seats were not cramped enough already the seat belt anchor points for the front seats were situated just where rearseat passengers would want to rest their legs. Not good for their comfort! The bodywork flexed so much that glass panels came adrift with monotonous regularity.

Speaking of the bodywork; it leaked. Drivers, passengers and luggage risked a soaking. The Hydragas suspension failed regularly which meant expensive repairs. The interior had been so badly designed that there was little space between the steering wheel and the driver; so a squared off steering wheel was fitted, which, although it gave more room for the drivers knees, was widely ridiculed and eventually replaced.

The worst part of the car however was the fact that it was manufactured by British Leyland. Build quality varied between acceptable and diabolical. Breakdowns caused by poor manufacturing techniques and shoddy workmanship were legion. Constant strikes had an adverse effect not only on delivery times but on quality too.

In spite of all these shortcomings more than 640,000 Allegros were sold, most of them in the home market. This reflected more the paucity of competition than enthusiasm for what was widely believed, quite rightly, to be a very poor car indeed.