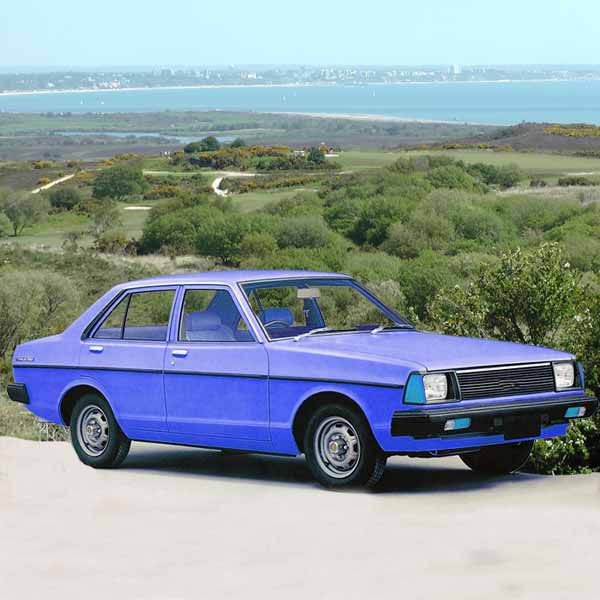 Why the very poor Datsun Sunny was still a big seller

the Datsun Sunny 120Y is perhaps the perfect example of how a thoroughly bad car can still be successful.

On the negative side: it was small, cramped and uncomfortable. The performance was underwhelming; the top speed was 87 mph with acceleration to match. Handling? It steered like an elderly and overused supermarket trolly. Interior trim? Mainly plastic, and cheap looking at that. Attractive? Hardly, and many thought it positively ugly.

On paper at least, this was a car destined for failure. And yet Nissan managed to produce nearly 2.4 million of them in various incarnations, and a large proportion of that number was sold in Britain! How can this be?

You have to compare it to the competition that it faced when it first hit the showrooms in 1973. The British car industry was in a mess.

Constant strikes had pretty well crippled the industry. Quality was low. Delivery dates were just a guess. Prices of British built cars were kept high thanks to inefficient production methods, ever present industrial unrest, and a high level of warranty claims. It was against this background that the Japanese launched a very ordinary car; but an ordinary car with a number of distinct advantages.

The first advantage of course was price! These cars were cheap compared to their British equivalents. They also came well equipped. Expecting to find a heater in your new Austin? Sorry squire, that's an optional extra. Like to have a radio? That's another extra and a very expensive one too. These were the days when if you bought a van even the paint on it was an extra! Working out what the final cost was could be a gruelling experience; the starting price usually bore very little relationship what the vehicle actually cost on the road.

Second was availability! Certainly there were a few models in the showroom but they were for display only. To get your new car you had to put down a large deposit and then sit back and wait for weeks or even months, hoping and praying that the factory didn't suffer yet another strike in the meanwhile.

The Japanese cars were different. to start with they were actually available! You could pick the one you wanted and drive it away the following day.

They were reliable too! at a time when predelivery checks were supposed to be standard it was not at all unusual for a car from Austin or Vauxhall to arrive with just two working gears, no bulbs in the headlights or a brake pedal that kicked up and down every time you pressed it. That is when it finally arrived of course.

Japanese cars quickly gained a well deserved reputation for being delivered on time, in a condition fit for the road, and starting every time the key was turned. The British public, heartily sick of putting up with substandard service and products from the British motor industry, took them to their hearts.

In the four years that the 120Y was sold in Britain more of them flowed out of the showrooms than Austin Allegros, Vauxhall Viva HCs and Morris Marinas combined.

The 120Y may have been uninspiring, uncomfortable and underpowered but it provided cheap and reliable transport for millions of buyers, and that was what guaranteed it's success, and the ultimate destruction of most of the British owned car industry.