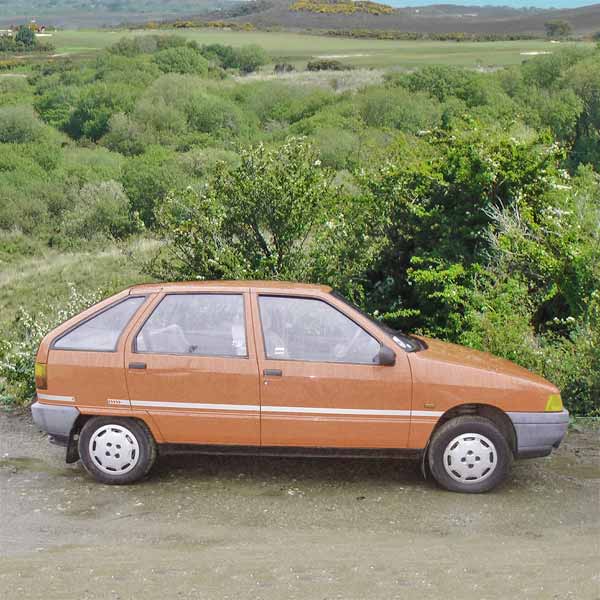 Why the Yugo Sana was so horrible

The Yugo Sana, known in the United States as the Zastava Florida, was an attempt to produce a good quality,high specification car in Yugoslavia. The attempt failed.

The car, launched in 1989, was loosely based on the Fiat Tipo, with an engine built under licence from Fiat, and despite a reasonable specification it was extremely cheap. This should have made it an overwhelming success but unfortunately quality was sadly lacking. It's 1372cc four-cylinder engine could push the car up to a reasonable-ish 93 mph and it was considered to be not such a bad car to drive but overall build quality was dire. There were lots of rough edges and detail design was poor. Reliability could only be described as appalling. Which, sadly, was par for the course for Yugo.

Sales were quite good at first! It didn't look that bad and it was cheap. It wasn't long, though, before a combination of bits falling off and expensive breakdowns, coupled with poor to non-existant aftersales service, had buyers demanding refunds. Truly the quality of this car was awful.

It could be of course that the manufacturers, Zastava, didn't really have their hearts in car manufacture. Their factory also produced armaments, which were far more profitable products than shoddy cars sold cheaply to an unappreciative market!

It was these very armaments that proved to be the final undoing of the Sana.

In 1999 the Civil War in the Balkans was raging. NATO planes bombed the factory and practically flattened it; that was the end of car production and it has never restarted since.

An idea of the quality of construction can be judged by the fact that very few – if indeed any – of the cars that were sold into the UK market still survive to this day. Come to think of it, few if any survive anywhere.