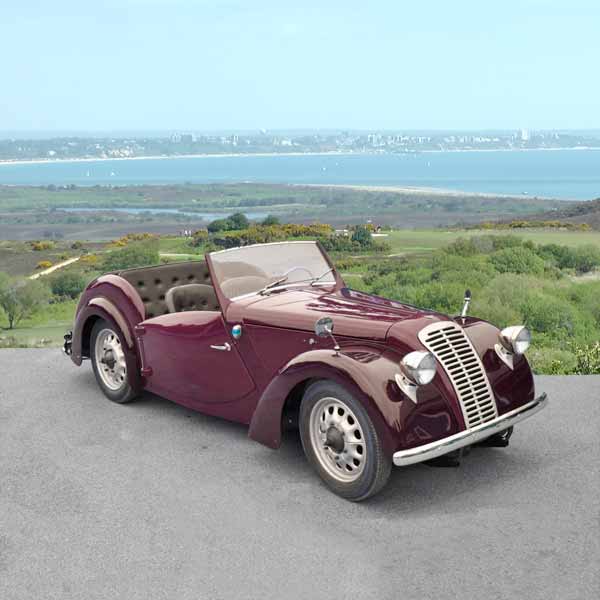 The Lloyd 650. Why did they insist on building all of it themselves?

The Lloyd 650 was a small car, with a transversely mounted engine and front wheel drive. Does it remind you of the 1959 Mini? Well this is where the comparisons end. The Mini was a superbly designed, well engineered and reliable masterpiece. The Lloyd 650 was a dog's breakfast.

It may have been a success but for the fact that Roland Lloyd, the Grimsby born son of a garage owning fishmonger, wanted to build his own car - but create nearly everything himself. The idea of buying in engines, gearboxes, suspensions, steering systems, and chassis from experienced manufacturers who knew what they were doing was complete anathema to him. He designed and built them all himself; badly.

His car was launched in 1946 at a trade fair in Cleethorpes, of all places. Initial reviews were very good for what was after all a very attractive looking tourer that could seat four people. The bodywork was panelled in aluminium, which was very much the 'in' material after the Second World War, and fairly cheap to buy as a raw material thanks to the huge amounts that were manufactured during the war.

The car was nimble although not terribly fast; the engine was just a 650 cc twin cylinder two-stroke producing 25 brake horsepower and this was adequate for powering the car up to about 60 mph. However to be realistic there was not a great deal on the market in those days so sales were relatively good, with most of them earmarked for export.

Unfortunately Grimsby, where it was manufactured, was not exactly noted as a centre of engineering excellence. There simply wasn't the skilled labour or experience there. It showed very quickly as breakdowns started to multiply.

It wouldn't have been so bad if some of the parts at least have been manufactured by competent outsiders. However the same standard of dolefully poor quality manufacture affected just about every major component of the car. Regular problems with design changes slowed production considerably, and the cost of warranty claims rose steadily. By the time 400 or so Lloyd 650s had been built in 1951 the company finally ran out of money and production was halted.

Such was the quality of the car that of those 400 only a handful still survive, and it is not even known if any of these survivors are roadworthy.