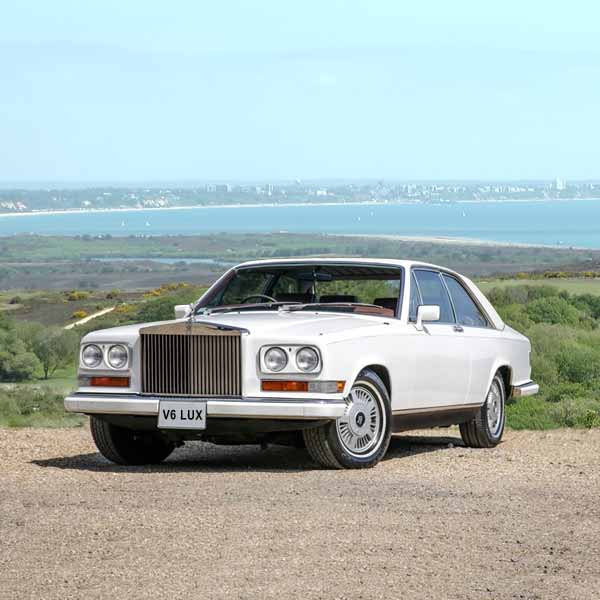 What's this? A car from the mighty Rolls-Royce listed amongst the also-rans? Yes, that is exactly how the Camargue can be described.

By 1975 the Silver Shadow was well out of date. However a replacement was on its way. When it arrived the Camargue (named after an area in France that it had, strangely, nothing whatsoever to do with) was a disappointment to many to say the least; it was just a Silver Shadow with a bit of extra equipment plus a much uglier body. Fair enough, a climate control system had been fitted for the first time, plus an eight track cartridge player (remember them?) but otherwise the company which had been so successful on the back of it's innovative research and development in the past seemed to have hit a brick wall.

Even worse, many observers claimed it was one of the ugliest cars ever. There were huge arches to accommodate the wheels, and the bonnet had to be redesigned to accommodate the 6.75 litre engine. Yes the coachwork was handcrafted by no less than coachbuilders Mulliner Park Ward, but to some people it just looked obese and ungainly. What had gone wrong?

For one, with Rolls Royce, it was a matter of money. During the 1970s it was a very difficult time for selling luxury vehicles and Rolls-Royce had suffered along with other top quality manufacturers. The research and development budget had been reigned in as a result. Not only that, but car related legislation in the United States was taking it's toll; meeting USA pollution and safety standards meant a lot of re-engineering work which bit into this budget severely.

Rolls-Royce had reached a stage in its life when it was no longer able to compete on quality with the likes of Mercedes-Benz.

They certainly couldn't compete on price either. At its launch in 1975 the retail price was a shade under £30,000; making it probably the most expensive car in the world at that time. This actually rose by about US$5000 for those cars destined for the American market. Rolls-Royce justified this by pointing out the additional cost of modifying a very small number of cars to comply with American standards.

Over the 11 years of its production life; during which the price rose considerably; a total of 534 Camargues were built, including eight that were destined to be merely test or development vehicles. An average of about one a week. Hardly mass production.