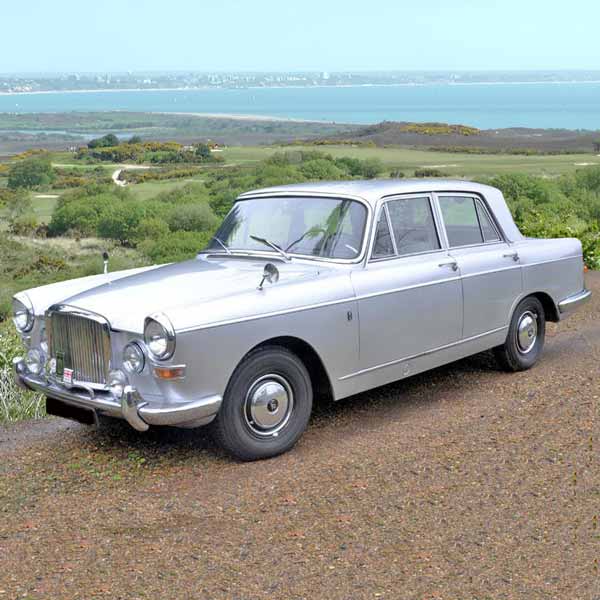 Vanden Plas 4 Litre R - what was the point?

The Vanden Plas Princess 4-Litre R grew out of it's predecessor, the Vanden Plas Princess 3-Litre. This had been moderately successful seller, with more than 12,500 sales in the previous five years; not terrific but reasonable for a luxury car which was more suited to the funeral industry or ferrying Lord Mayors around than a more mass market role. However BMC, with an eye on the European market for prestige cars, decided that a more upmarket product could be a real success.

What would be more prestigious than a car with a Rolls-Royce engine? The designers got to work and created a luxurious interior with lots of polished walnut, picnic tables for the rear passengers and leather upholstery; and yes indeed a six cylinder Rolls-Royce engine was installed, once a reluctant Rolls-Royce had been persuaded to agree to this! It was an agreement they never made again.

Certainly this was a very comfortable vehicle to travel in but it was overweight and ponderous. It's engine could push it to 100 mph but it was hardly comfortable at speeds like that. Worst of all however was the price increase; it cost around half as much again as its predecessor, and around the same price as the Mark X Jaguar, which had far more attractive styling, better performance and a certain dash of sex appeal.

However, surely having that Rolls-Royce engine should make a difference to sales? Well unfortunately this was not the same silky smooth, near silent masterpiece that powered the Silver Cloud but an altogether different engine that was designed and built for military vehicles!

There was a major drawback to this engine. Although it was far less refined than those that powered the limousines it was still a complex piece of engineering which needed careful and expensive maintenance by specialists; perhaps not such a problem in a military vehicle where cost is secondary to efficiency, but many potential buyers baulked at the idea of an unexciting engine drinking petrol at the rate of 18 miles to the gallon which was so costly to look after.

A sales projection of 12,000 cars per year was envisaged initially. In the end a shade over 6500 were produced in four years before the experiment was abandoned. A Bentley badged version had been considered by Rolls-Royce but this never saw the light of day; the benefits of the relatively small number of sales that could be expected were completely outweighed by the possible adverse effects that a car like this could have on the company's reputation.

The joint venture was doomed and never again to be repeated.